Built in 1939, Los Angeles Union Station is the largest railroad passenger terminal in the Western United States and is widely regarded as “the last of the great train stations.” The station’s signature Mission Moderne style makes it one of L.A.’s architectural gems. The station was commissioned in 1933 as a joint venture between the Southern Pacific, Union Pacific and Atchison, Topeka, and Santa Fe railroads and was intended to consolidate the three local railroad terminals.

“The last of the great train stations.” 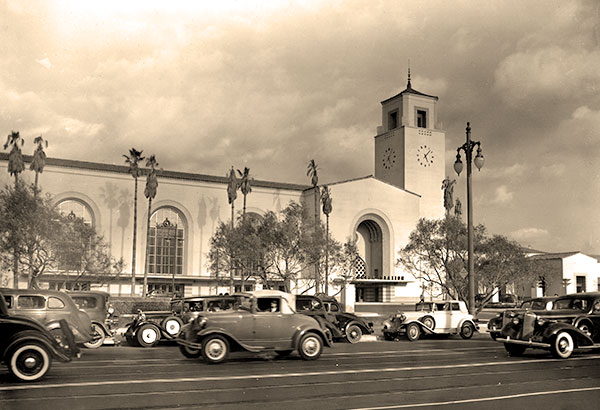 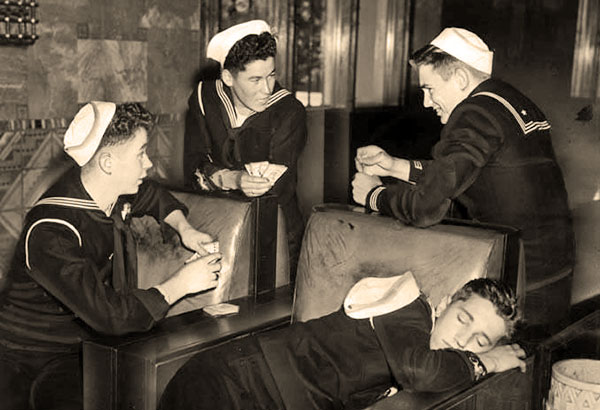 It was designed by the father-son architect team of John and Donald Parkinson with an innovative blend of Spanish Colonial, Mission Revival and Art Deco architecture now commonly referred to as Mission Moderne. The stunning facility was completed in 1939 for a reported $11 million (estimated in today’s dollars at $224 milion) and opened with a lavish, star-studded, three-day celebration attended by a half million Angelenos.

In the 8 decades since its opening, Union Station has captured the spirt and soul of Los Angeles and has emerged as a vital portal to the promise of the California dream. The station was designed as an expression of the California lifestyle with a spacious ticket hall equipped with a 110-foot-long ticket counter crafted from American Black Walnut, a vast waiting room featuring towering 30-foot windows adored with brass, massive art deco chandeliers, inlaid marble floors and hand painted mission tiles, along with expansive shaded patios, towering palm trees and a clock tower looming 100 feet above the city.

Within just a few years of opening, Los Angeles Union Station transformed into a bustling 24-hour, seven-day-a-week operation with as many as 100 troop trains carrying tens of thousands of servicemen through the terminal every day during World War II.

By the 1950’s Americans favored cars and planes to the rails and there were fewer passengers through the station but it remained a vital part of LA’s transportation scene for decades.

In 1972, Union Station was designated as a Los Angeles Historic–Cultural Monument and placed on the National Register of Historic Places in 1980.

Be the first to know about happenings and events here at the station! We will never send you spam or give your info to third parties. You can unsubscribe at any time.